Three years ago, on the first day of winter my youngest daughter Lelia was diagnosed with Type 1 Diabetes.  She had started wetting the bed, was constantly thirsty and needing to go to the toilet, was sometimes grumpy and complained of sore feet.

Type 1 Diabetes is an auto-immune condition which occurs when the immune system destroys the cells in the pancreas which produce insulin.  Once diagnosed with Type 1 Diabetes a person must receive insulin through injections or via an insulin pump.  It is not caused by eating too many sugary foods, or not exercising enough.  It is a lifelong condition – she will not grow out of it.  We do not know exactly why it happens.  Insulin is a treatment.  There is currently no cure. 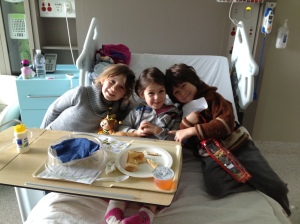 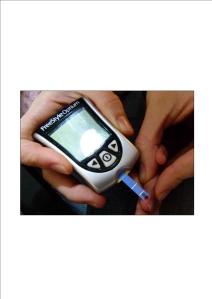 Lelia (with her brother and sister) at diagnosis

In the days that followed her diagnosis we wiped away her tears as her fingers bled when her blood sugars were checked.  Her older sister and brothers held her when she had her twice daily injections.  We discovered carbohydrate counting and which foods had a lower glycemic index.  We adjusted to a strict routine where we had to eat at the same time every day.

Last year, on the first day of summer Lelia started insulin pump therapy.  An insulin pump is a small device which administers insulin through a thin plastic line connected to a small plastic tube inserted under the skin.  In the beginning we had to check her blood sugar levels every two hours – through the day and night, but we gained more flexibility and better control.

Type 1 Diabetes still affects everything we do.  If too much insulin is in her system her blood sugar levels go low.  She feels tired and hungry and can become irrational and grumpy.  Once at 2am we had to call an ambulance because Lelia’s blood sugar levels had dropped so low while she was sleeping that she had a seizure.

If she doesn’t have enough insulin in her system her blood sugar levels go high.  I’m told it feels like a really bad case of the flu.  If she doesn’t get any insulin into her system a dangerous condition called ketoacidosis can occur, this means that her body is forming ketones and has started breaking down fats to use for energy.  Our bodies cannot tolerate large amounts of ketones and if someone with Type 1 Diabetes does not get insulin they can fall into a diabetic coma.  Ongoing high blood sugar levels also adversely affect her long term health.

My friend whose daughter was diagnosed around the same time as Lelia calls our kids Type 1 Warriors, and they are.  They are some of the bravest kids I know.  Keeping her blood sugar levels within range is not easy – they are affected by what she eats, exercise, being sick, excitement, the weather.  It’s a daily, ongoing balance.

I’m so proud of my daughter – she rarely complains about the endless finger pricks, the weighing of her food, my constant refrain of “Do you feel low/high?”  I’m also immensely proud of our other children.  My eight year old son has taught himself how to measure her milk and cereal – and add up the right amount of carbs so he can make her breakfast.  My ten year old daughter organised a fundraiser at school to raise money for a cure and made a speech explaining the impact of Type 1 Diabetes on our family.  When Lelia started on an insulin pump and my husband and I really needed extra support my twenty-two year old step-son and his girlfriend learnt to count carbs, check blood sugars, and pop all the right numbers into the pump.  They look after the kids so we can have a night off, text messaging the blood sugar levels so we know Lelia is okay.  We’re in this together, waiting to eat if Lelia’s blood sugars are low, holding her hand when she’s frustrated because they’re high.  I’m proud of all my Type 1 Warriors. 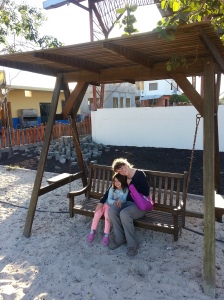 Lelia and her family enjoying holidays.