I used to be fun!

On the weekend we were at our local swimming pool at 10am, we had already had an early morning trip to Kmart. My husband was in the pool splashing with Hudson and Scarlett was sitting with me smiling and cooing. I was thinking how much fun it was. I started reminiscing about what used to be fun and how times have changed. I wondered what my friends without children were doing (probably sleeping). The three biggest changes I came up with are:

Out on the town:
A fun Saturday used to involve a sleep in until at least 10am, relaxing brunch (often out), going shopping for a new outfit or shoes before I head out at night to pre drinks then a bar or party.  I would rarely go out at night until after 9pm and never wanted to be early for a party.  After dancing the night away I would head home in the early hours of Sunday morning.
We then went through a wedding phase where weekends were for hens parties and beautiful weddings. This has dried up now that most of our friends are married.
Fast forward to now. A sleep in is anything after 6am, I still spend Saturday shopping (for food, nappies and formula).  We now go to parties that start at 10am and we are on time or even early to ensure we are home before my two year old turns into a screaming banchee because it’s nap time. I still dance a lot but it’s in my lounge room to Dora or Wiggles and I’m often in my pj’s because apparently 7am is an appropriate time for two year olds to want to dance.

The mummies – out on the town. Pre kids. 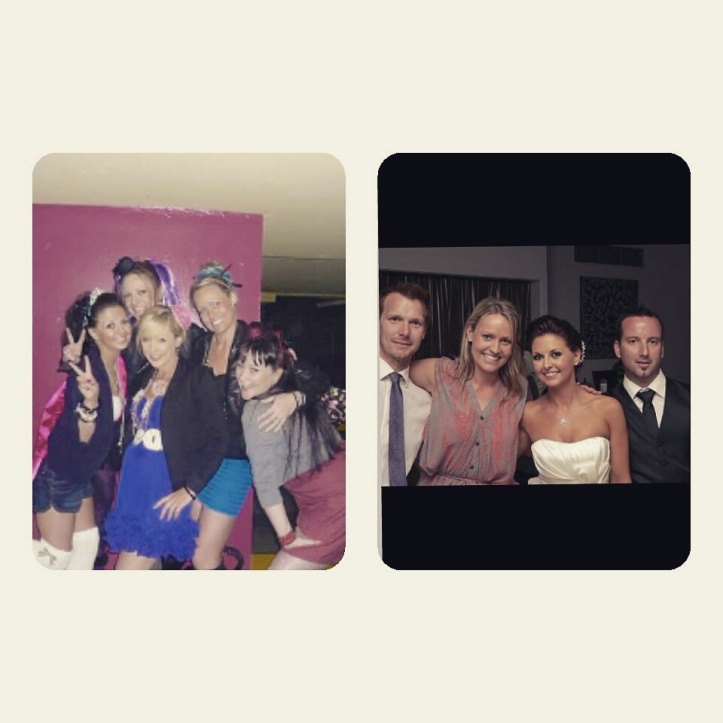 Eating out:
BC (before children) my husband and I would eat out a lot. Every weekend, multiple times. I could tell you about almost every Japanese restaurant in Melbourne and most of the time we knew the staff because we went so often.
Nowadays,  we still go out either as a family or a couple when we get a babysitter.  But, I can pretty much say my best expensive sushi eating days are behind me, we can’t afford $300 dinners. Most of the sushi I eat these days is from foodcourts and pried from a chubby little hand when he looks at me and exclaims ‘no more’.

Exercise:
When I wasn’t living it up on the weekends out at bars or restaurants. I would go to the gym 3-4 times a week. It would clear my head and I enjoyed keeping up with the latest Zumba, spin or boxing classes.
These days, I still exercise. However, it has become a combination of trying to stay fit while occupying my children and not leaving the dog out. Now, instead of trying out the latest work out fad or gear I resemble some sort of one man marching band. Pushing a bike, wearing a child in a sling contraption and wrangling my pug x.  It’s not cute see… 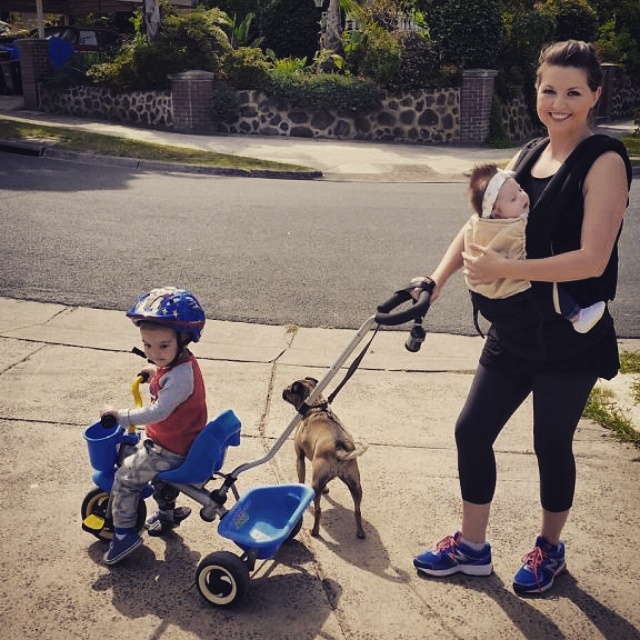 Having two children in just over two years has flipped my world upside down. Somedays I wonder if my friends without kids still think I’m fun to be around, have I completely changed into just a ‘mum’ now. I look back at the old times and smile. It seems like only yesterday I was tearing up the dancefloor. My friend Jess (who has two under two), reminded me that those memories are so fresh because it really wasn’t long ago. One thing I know for sure is my kids think I’m fun and there will be a lot more happiness in the future. That’s what really matters to me.